The Genesis Connection: What is Real History? 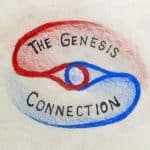 WHAT IS REAL HISTORY? 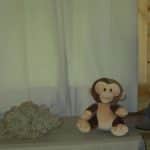 Is the universe billions of years old and I come from star dust and monkeys? Did God really create everything? Does it make a difference?

The Bible is clear. He created all things in six days. He rested the seventh. The biblical record of generations and events, when they are laid out in a systematic fashion, say the earth is about 6000 years old. God provided the information to be understood, and the timeline is plain from key texts. Yet hardly anyone seriously believes it anymore.

Evolution, on the other hand, is a man-constructed belief system about origins and where we are going. God and biblical creation, of course, are disallowed. No biblical flood, much less creation, is permitted. The belief system, although no one was there to witness it, has a long timeline (billions of years). Deep time is necessary to make things more plausible to occur by themselves. Evolution “creates” everything by itself. Is that sensible? Advanced life appears on its own? Evolution is fraught with assumptions and requires processes that do not exist. Think of this: evolution demands the self-development of complex information ends up in our DNA, although genetic deterioration is actually what is taking place. Bottom line: we should be getting better, but we are not.

Can nearly every educational institution be wrong?

Creation in Genesis 1 and 2 sounds so nice. It sounded mythical to me when I was first a Christian, but I knew Jesus was real. He had turned my life around, and I had walked with Him for years. Then I began examining the subject again to try to get past the “it will all work out in the end” statement that I had been making. This is not an uncommon occurrence, even among Christians. This is what I concluded: the Bible is a package deal. God either lies and makes up stories at whim, or He is deadly serious and accurate in the whole Bible. The latter is true.

Most people skip Genesis, but the reality of it includes the historical format of Creation in Genesis 1, the “at the scene” treatment of man’s creation in Genesis 2, and the travesty that occurs in Genesis 3, as man thinks he has a better way to be like God without knowing Him. It claims, and I believe, it is all true. This belief system is cold water in the face of evolution, which is also a belief system. But the Bible does not stop there, things get worse in Genesis as evil rapidly develops over generations, until God judges and initiates a worldwide flood. He does not stop dissipate the flood until every living thing that lived on earth is dead, except those on an ark. Nearly a year after the flood was started, God commands Noah’s family and the animals to repopulate the rearranged surface of the earth. The event is not a joke, and comprises a lesson that most would like to ignore or forget (check 2 Peter 3).

References to events in Genesis are in many other places in the Bible, and notably referenced by Jesus Christ. After the first chapters of Genesis is the history of the Patriarchs, the judges, and the kings. The generations are listed. Specific events and periods occur with written specifics. It all leads to the prophesied arrival of Jesus Christ (Emmanual, or God with us). His birth, life, sacrifice, resurrection were absolutely necessary to clean the heart of man, all men, because of what happened in Genesis 3 and following. The conclusion is simple: we do not do well without being related to the Creator. Though we have full choice, most do not choose to know God, though He has paid a price by sending His own Son so that our sins could be forgiven.

One might say, “this is religion, not history, and certainly not science.” I beg to differ. The Grand One who created all things set up an orderly universe with laws and ordinances. In evolution, they cannot be predicted, because randomness with no direction yields randomness. This is in direct contrast to the incredible complexity and orderly world around us. Real science depends on that predictability, or science could not exist. Is it religion? No. It is relationship with the Creator, who fully intends to make Himself known to those who call on Him. Why us? Because we are made in His image. A piece of eternity is in our souls that beckons us to reckon with Him. He is just and powerful, but He is also merciful and full of lovingkindness, willing to give everyone opportunity to call out to Him (check Acts 17:24-27). It has been that way since the sixth day of creation when He created man in His image and made Himself available for them to know Him. They thought there might be a better way (check Genesis 3), and we have been doing the same thing ever since – every last one of us — throughout history.

All of this is why the Bible, including every word of Genesis, is a package deal. The Bible, from the first chapters of Genesis to last words of Revelation, are real and accurate. But it is not a 6000-year history without impact. It is written to point us to the One who made us. He is not kidding. And, neither am I. He calls upon us to decide whom we will serve.

Why not consider Genesis and the rest as true history with the Author who is interested in your soul?

Want more information? Read Genesis. Follow this series. Download the free APPs that are described and referenced at cwm4him.org. Look under downloadable courses and the hand emblem as a link to the APPs at the Play Store. Watch the videos at CreationStudyHelps YouTube channel for summary points.

This site uses Akismet to reduce spam. Learn how your comment data is processed.